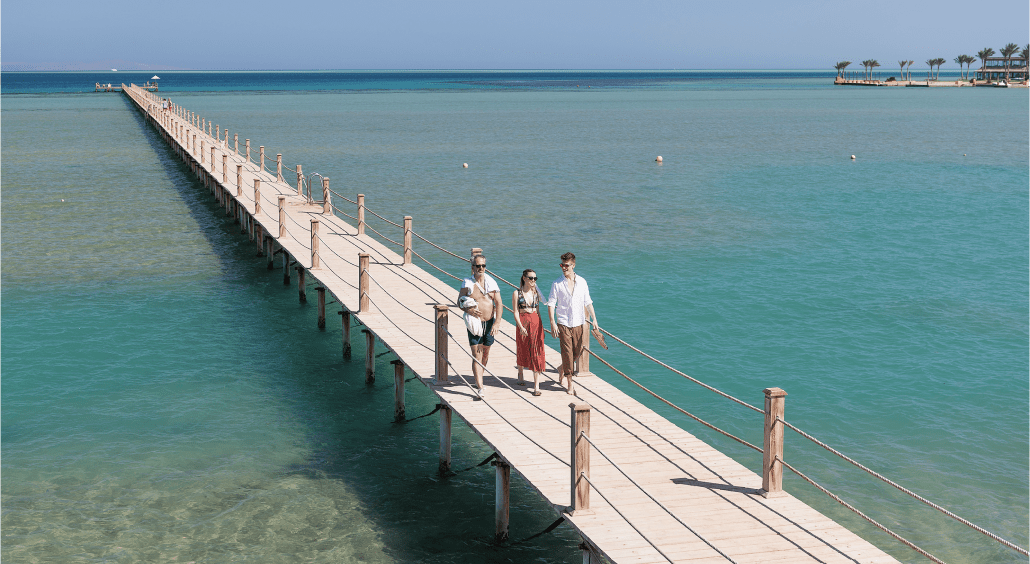 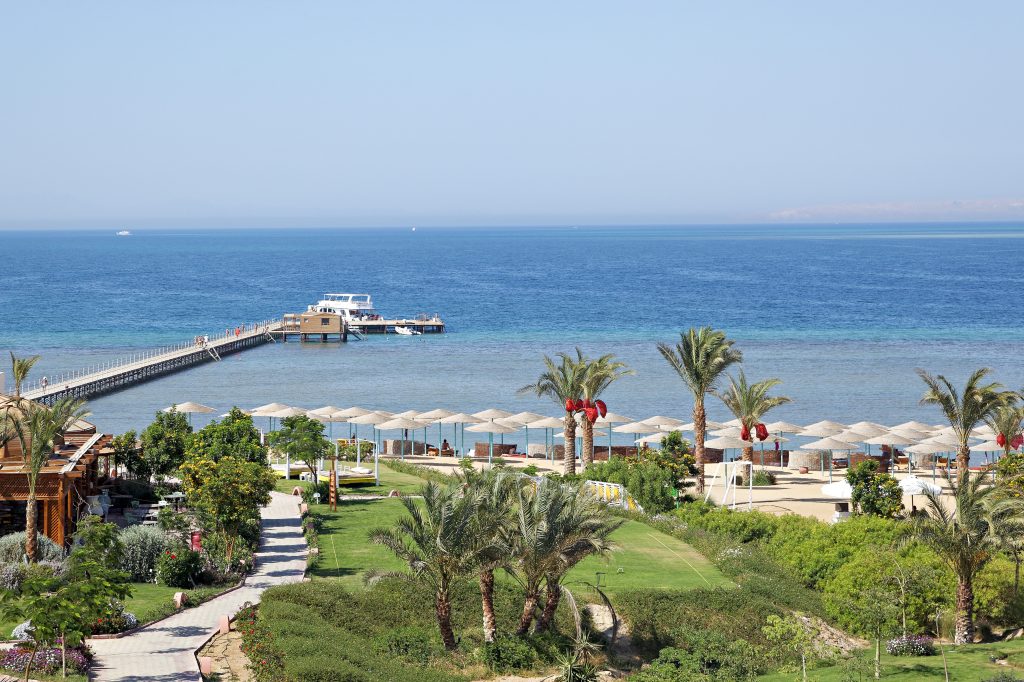 Hurghada |
International center for aquatic sports.
Hurghada was once a quiet fishing village, but over the last twenty years, it has become the leading seashore resort on the Red Sea. Holiday villages and hotels provide aquatic sport facilities for sailboarders, yachtsmen, scuba divers and snorkelers, as well as 36 km of pristine beaches. Hurghada is known for its world renowned diving spots. Within a couple of hours sailing from your hotel you can be among a group of island dive sites guaranteed to astound even the most experienced divers. Besides being a beach resort, Hurghada, also has a flourishing night life with a large variety of clubs. Hurghada's guests ar sure to find the perfect blend of engaging daytime pursuits and vibrant nightlife. 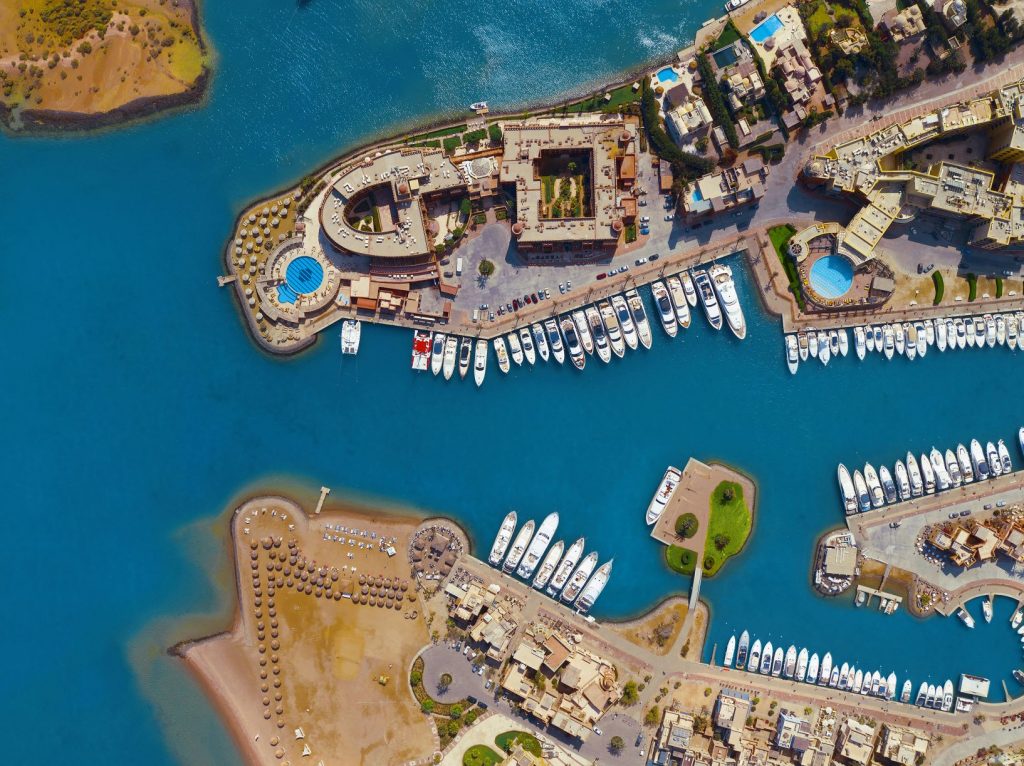 El Gouna |
The Venice of the Red Sea
El Gouna, located 25 km north of Hurghada, is a quiet and relaxing village nestled between the majestic Red Mountains of the Eastern Desert and the pristine waters of the Red Sea. Interlaced with lagoons, built along 10 km of beachline, El Gouna welcomes visitors all year round to enjoy pleasant temperatures and unparalleled lifestyle. Its' architecture is inspired by traditional Egyptian homes from the countryside and upper Egypt. Simultaneously refined and informal, it is a resort where visitors enjoy superb facilities and an endless list of opportunities for adventure and fun. Sporty, relaxed and family vacationers alike will find suitable activities like diving and kite surfing, an 18-hole PGA golf course, Slider's Cable Park, and various spas and wellness centres at the amazing resort hotels. 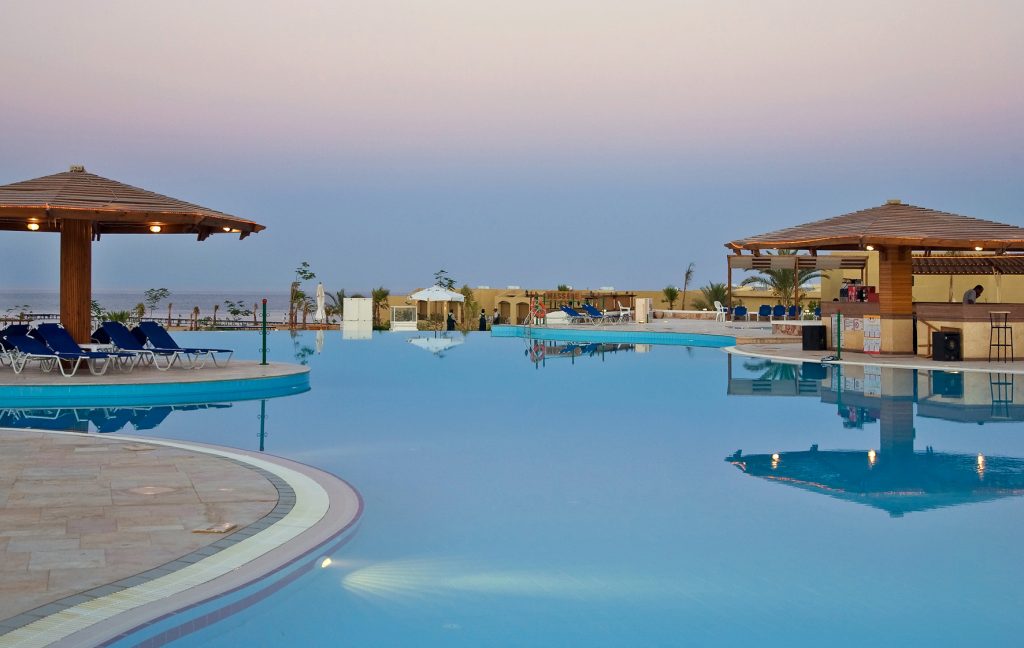 Marsa Alam |
The fastest growing holiday resort
Situated around 200 kilometers south of Hurghada, Marsa Alam, with its’ beautiful beaches and its’ virgin coral reefs, has rapidly increased in popularity since the opening of its International Airport. Marsa Alam has a truly tropical feeling, with its twisted mangroves and majestic palm trees. It has become one of Egypt’s secret treasures; especially among divers, snorkelers and beach loving sunseekers, looking for a new destination off the beaten track. The panoramic view over the crystal waters of the Red Sea, the sandy beaches under the clear blue sky and the majestic backdrop of the desert mountains that surrounds the area, are beyond imagination.
Fedezze fel Budapestet
A Duna gyöngyszeme 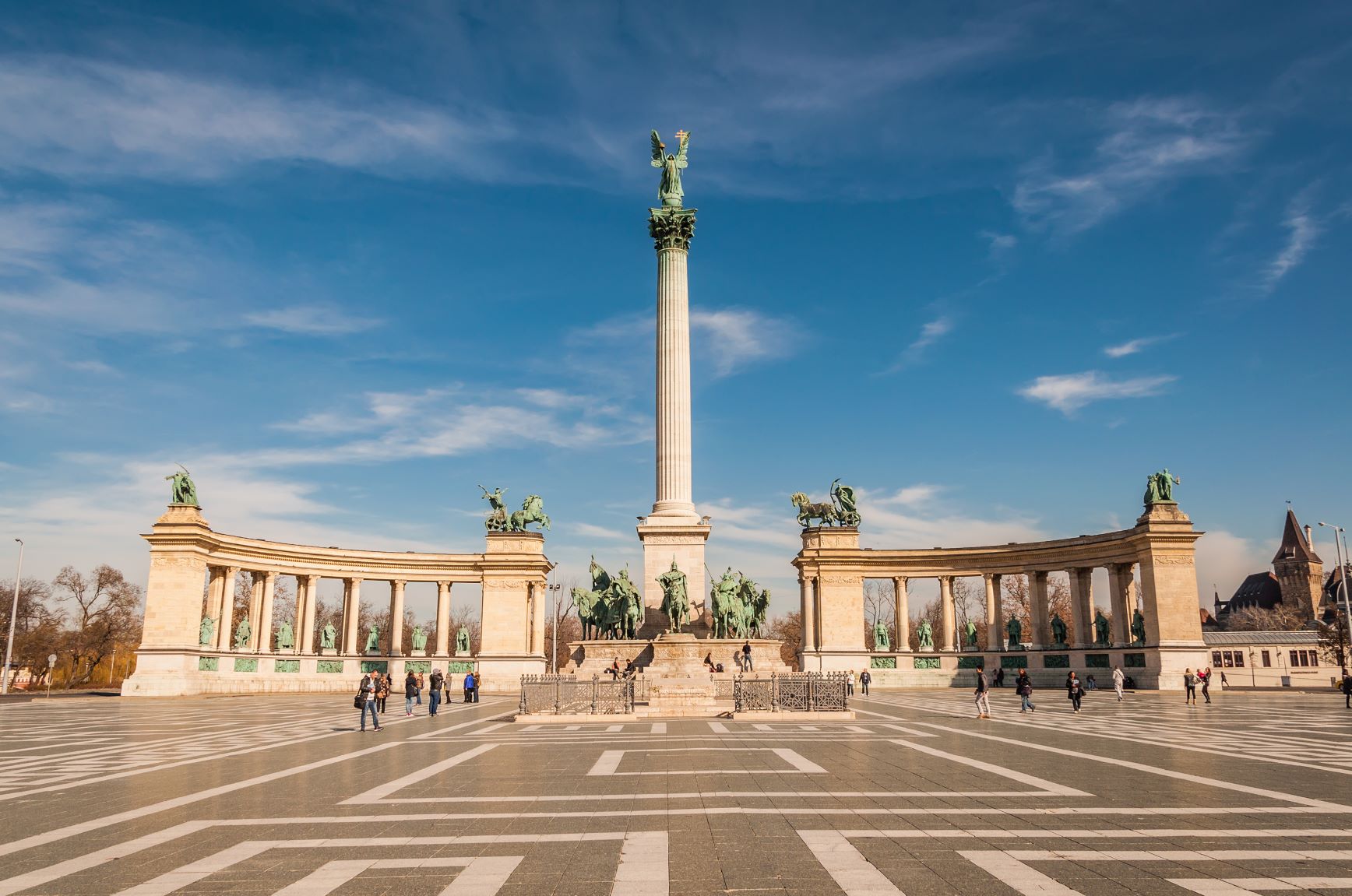 A magyar fővárosban megtalálható a régi és az új csodálatos keveréke.
Budapest - Közép-Európa íze
Visitors can choose from a vast number of program possibilities during the time spent in our hotels. In addition to musical and theatrical performances, restaurants offer international and Hungarian specialties. After a pleasant dinner, you may go for a night boat trip on the Danube or indulge in the nightlife by visiting one of the many music pubs or night clubs. If that's not your scene, than one of the exquisite museums, art galleries, parks or outdoor markets might be just what you are looking for. 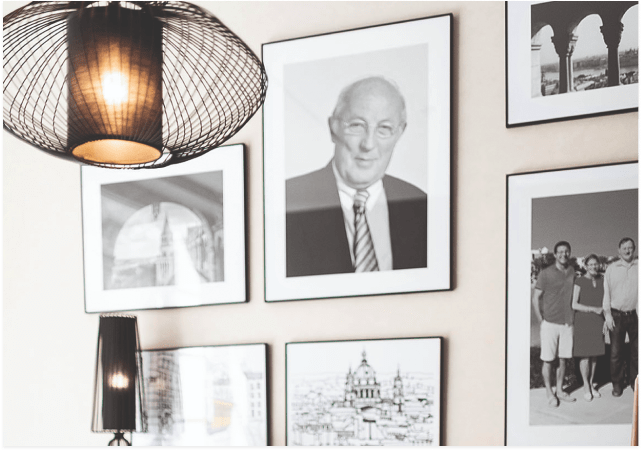 How It started?
When Mr. Frans Lambrecht, founder of The Three Corners, over thirty five years ago saw the tremendous touristic potential of The Red Sea area, he had no idea his dream would grow into what it has become today:
From Budapest to the Egyptian Red Sea Riviera
The Three Corners Hotels and Resorts have become one of the hospitality industry’s most dynamic and successful chains. As a Belgian executive in the textile sector in the Middle East, he predicted to his three sons, Didier, Christophe and Pascal that this part of Egypt, in time, would develop into a new top destination; a vision that soon became reality. With a corporate philosophy of supporting the local community and environment, Mr. Frans Lambrecht together with his spouse, Mrs. Cecile Lambrecht, encouraged the need for improving standards spanning the areas of tourist behaviour, hospitality marketing, strategic tourism management, as well as hospitality and leisure tourism. The Three sons were given a clear assignment, “Start your own business!”. They opened the very first ice-cream parlour around the Red Sea in December 1987. The success was instant. They rapidly opened a restaurant “Chez Pascal” and a Disco “Cha Cha”; both becoming extremely popular. The three businesses were merged into one company, referencing the three brothers and thus becoming “The Three Corners”. In 1989, Frans and Cecile Lambrecht came up with the idea to go into the hotel business. The Three Corners Village in Hurghada started with a capacity of just 78 rooms. Today, the company operates and manages hotels and resorts accounting for more than 1500 rooms, spread over 10 hotels, within the Egyptian Red Sea Riviera and Budapest, Hungary.
Éld át a
belga vendágszeretetet!
Amit kínálunk 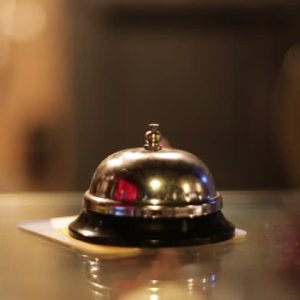 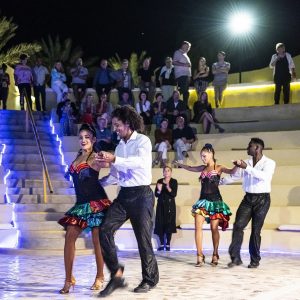 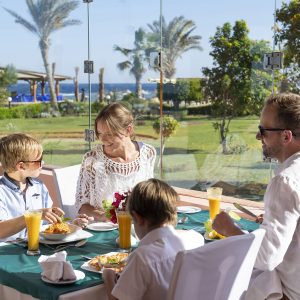 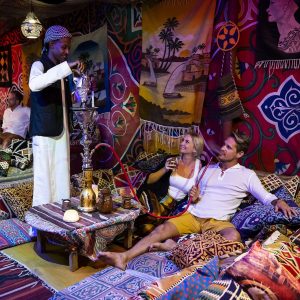 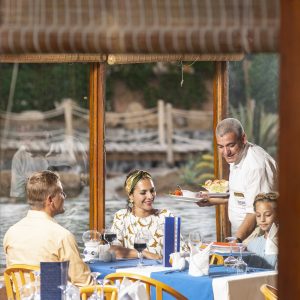 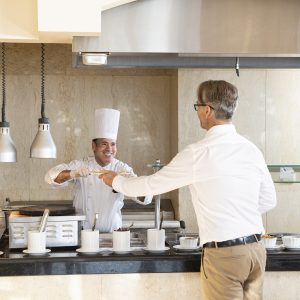 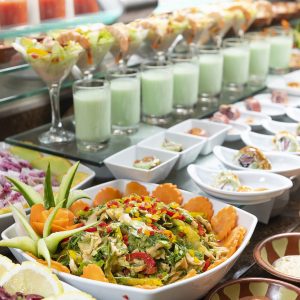 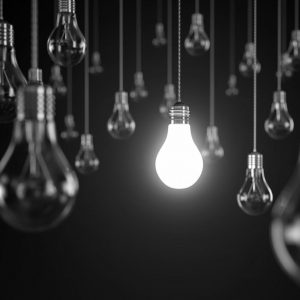 Innovation
The Three Corners Hotels & Resorts operate and manage facilities both in Budapest – Hungary and the Red Sea Riviera – Egypt. From our partners and strategic allies, to every manager and employee at our hotels, we are committed to provide personalized, professional guest services, and a genuine hospitality at every point of guest interaction. We believe that a great hotel is the reflection of its people. Highly trained and motivated employees work together with the clear goal to think and act as, “One Big Family”. At The Three Corner Hotels & Resorts, our guest's experiences and memories are, for us, the highlights of their stay. Paying attention to innovations and trends in hospitality, we have implemented the best quality while taking into consideration the travel's budget. We make sure our guests are having a travel experience one only wishes to repeat. We are always trying to exceed our guest’s individual expectations with passion, detail, comfort and quality. This is what we call our "Touch of Belgian Hospitality".
Become a member
Join now & Enjoy the Benefits
The Three Corners Hotels & Resorts proudly introduce The Three Corners Welcome, a unique program designed to provide our regular guests with discounts and benefits during their stay across all The Three Corners Hotels & Resorts.
All our guests who have already visited the Three Corners Hotels at least twice can apply for a Welcome Silver Card.
Silver Card

Guests who return regularly (10 or more stays) can apply for the Welcome Gold Card.
Gold Card

In addition to the Silver Card benefits you will have as a Gold Card holder: